ALWAYS WAS AND ALWAYS WILL BE, A CHAMPION – BETTY WILSON

International Women’s Day - a yearly reminder to recognise and celebrate the influential women in our lives and throughout history.

On International Women’s Day 2021, I, along with some of the significant women in my life celebrated fearless females by attending the Gasworks production of “The Best, The Fairest and The First.”  The theatre performance turned back the pages of Australian Sporting History to uncover some remarkable female sporting firsts, acknowledging that behind every Australian sportswoman, there’s an unsung heroine who blazed the trail. It was here I was inspired to write this piece and share what you could describe as the quiet, patient and sidelined history of women’s sport.

One of the short stories on the night followed the life of Australian Cricketer Betty Wilson. Betty, known as Lady Bradman, was a player who challenges as one of the game’s best-ever all-rounders, claiming dominance at the highest level from 1948 to 1958. ‘Ashamed’ would be the word to describe how I felt after witnessing her story and career play out before me, ashamed because I didn’t recognise her name, didn’t recognise her story and didn’t recognise her achievements. Now I want every young girl to know Betty’s name, her story and her achievements and to be inspired by her drive, her passion, her commitment to her sport and her ability to achieve everything she set out to conquer despite all odds. This is her story, the story of an Australian champion. 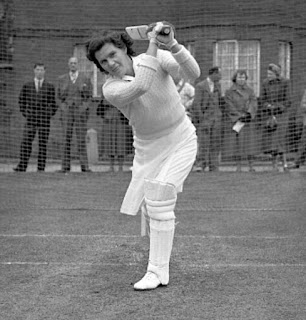 Betty Wilson was born in Abbotsford, Melbourne in 1921 to a loving and hard-working family. Betty was the second eldest of four siblings. Her father was a shoe-maker. When Betty was about ten and a half her family moved from Abbotsford to Clifton Hill, the same house in which she still lived seventy-five years later. It was in the streets of Clifton Hill where Betty began to learn and fall in love with the sport of cricket, with the lamp posts as wickets and whatever worked as a bat and ball. She and the neighbours would play till tea. Some would say Betty and cricket were always meant to be, that cricket more or less chose her. One Thursday night Betty and her father took a walk down to the local oval to watch the Collingwood Ladies Cricket Club at training. As they were walking around the oval a ball landed at their feet, and as you do Betty threw it back to the team, returning a direct pass straight to the wicket-keeper’s gloves. A few more returns later and she had the attention of the team. She was approached and asked if she would be interested in playing. Before she knew it, a uniform was being organised and she took the field that Saturday. She never looked back and by 16, Betty had already made her first State team.

The devastation of the Second World War meant Betty had to await making her international debut until she was 26, but when she did, it was as if no time had been lost. At Wellington’s Basin Reserve, taking on New Zealand, Wilson scored 90 and took 9 wickets, in an ominous sign of feats to come. Betty’s consistent talent and approach to the game earned her praise from the likes of Sir Donald Bradman and Bill Ponsford. She even received an autographed bat in appreciation of her skill.

One of her greatest achievements occurred on a day that was shaping up to be a day Australian sport would rather forget. It was against England at Junction Oval where Betty’s never-give-up attitude and willingness to grind it out to the end would turn an embarrassing all-out for 38 first innings (Betty top-scored with 12) into a record breaking 9-202 second innings. It was the events that unfolded next though, that show the importance of always giving everything another go, never throwing in the towel and that indeed anything is possible. Betty wasn’t going down without a fight and in turn tore the England batting line up to shreds, taking 7 wickets for 7 runs. England left the crease for an even more alarming 35. It was the next innings where history was made, where Betty’s name should have become a household name for decades to come. Wilson returned to the crease to redeem her first innings performance, scoring a century. The game was shortly after rained out and declared a draw. However, Betty continued the destructive efforts taking a further 4 wickets for 9 runs, ending the match with 11 wickets for 16 runs. It was on this day, Betty Wilson became the first cricketer, male or female, to score a century and take 10 wickets in a single Test, an achievement not matched until 1980 by Ian Botham against India in Mumbai. 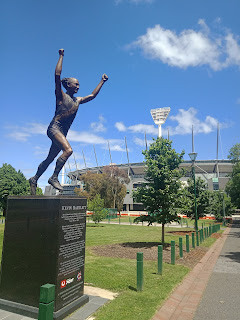 On the 10th of December 1985, Betty Wilson was inducted into the Australian Sports Hall of Fame, but it would be twenty years until Wilson received her much-deserved Baggy Green bearing the number 25. Painfully though, of all the statues that stand proudly outside the Melbourne Cricket Ground not a single one is of a woman cricketer, despite all their successes since they first took the crease. Maybe they’re just overwhelmed with the talent pool from which to select. There is Belinda Clark, the first ever batswoman to score a double century in a women’s One Day International. Cathryn Fitzpatrick, one of the worlds fastest female bowlers throughout her career and the first woman to take 100 One Day International Wickets. Or the very much deserving Betty Wilson, the first cricketer, male or female to make a century and take 10 wickets in a single Test. You can add the entire record breaking 2020 International T20 World Cup side to that too. 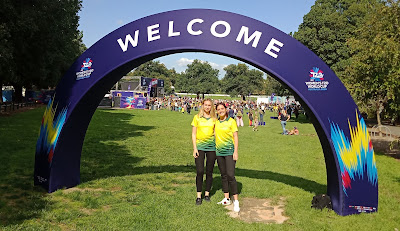 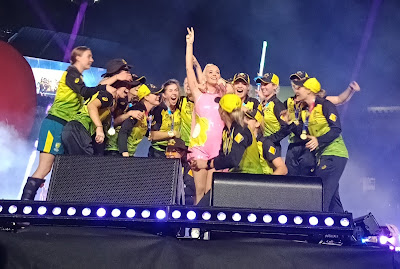 When I sat in the audience Friday night and witnessed Betty’s achievements, there were two main things I took home with me. The first was, her passion, drive and outlook on life. She embodied a strength many would envy, an attitude that said she was never truly defeated and that there was always a way if she was willing to work hard enough. Most significantly, that nothing was going to be gifted to her, that she would have to earn every wicket and every run on the back of training and practice, practice, practice. The other was that such a true champion of her sport is yet to receive respect and acknowledgement for being just that - a true champion.

This International Woman’s Day, I challenge everyone, not just females, to make a conscious effort whether it be on the sporting field, at work or just day to day, to live with a little bit more Betty in their mindset. Don’t throw in the towel no matter how challenging something may be and give and give and give again.

I also challenge you to help make history and get Betty the recognition she deserves. Let’s get #BETTYINBRONZE, a movement started back in 2018. She’s not there yet but with some Betty Wilson determination, it can happen. Let’s get a woman cricketer sculpted in history where she deserves to be, overlooking the home of cricket, the MCG. 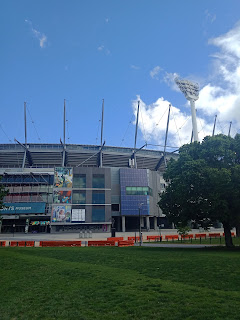 LRC SPORT
WELCOME TO MY BLOG @LRC.SPORT! The place for all things sport and fitness, including everything from the history of athletes to the benefits of specific exercise programs.